The inside of the pectoral fin of the gurnard is bluish green, so it is also called bluefin searobin. 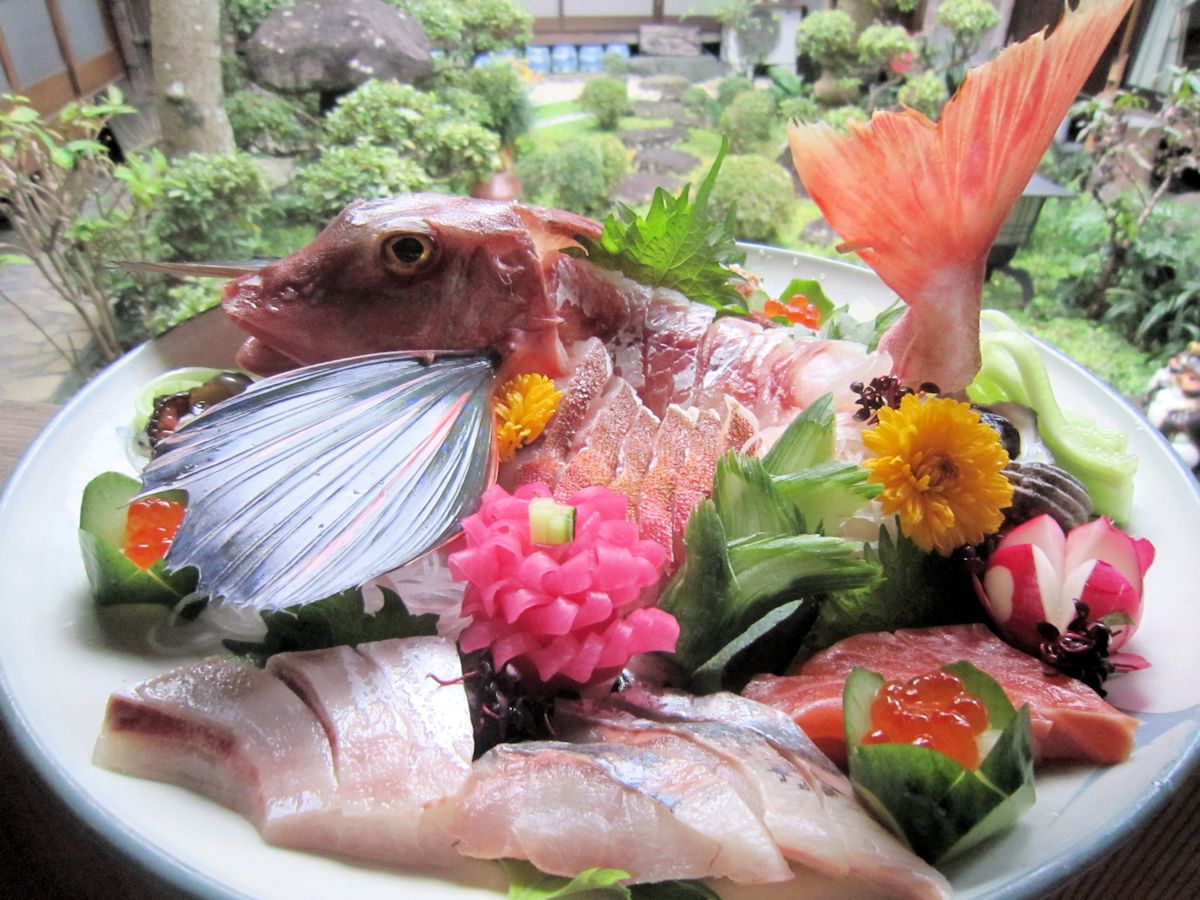 The whole fish sashimi of a gurnard.

The gurnard that crawls on the seabed

The gurnard, which spreads its wings and roams the seabed, is a very interesting fish. Its white and tight body is pale and has a reputation for being very delicious. 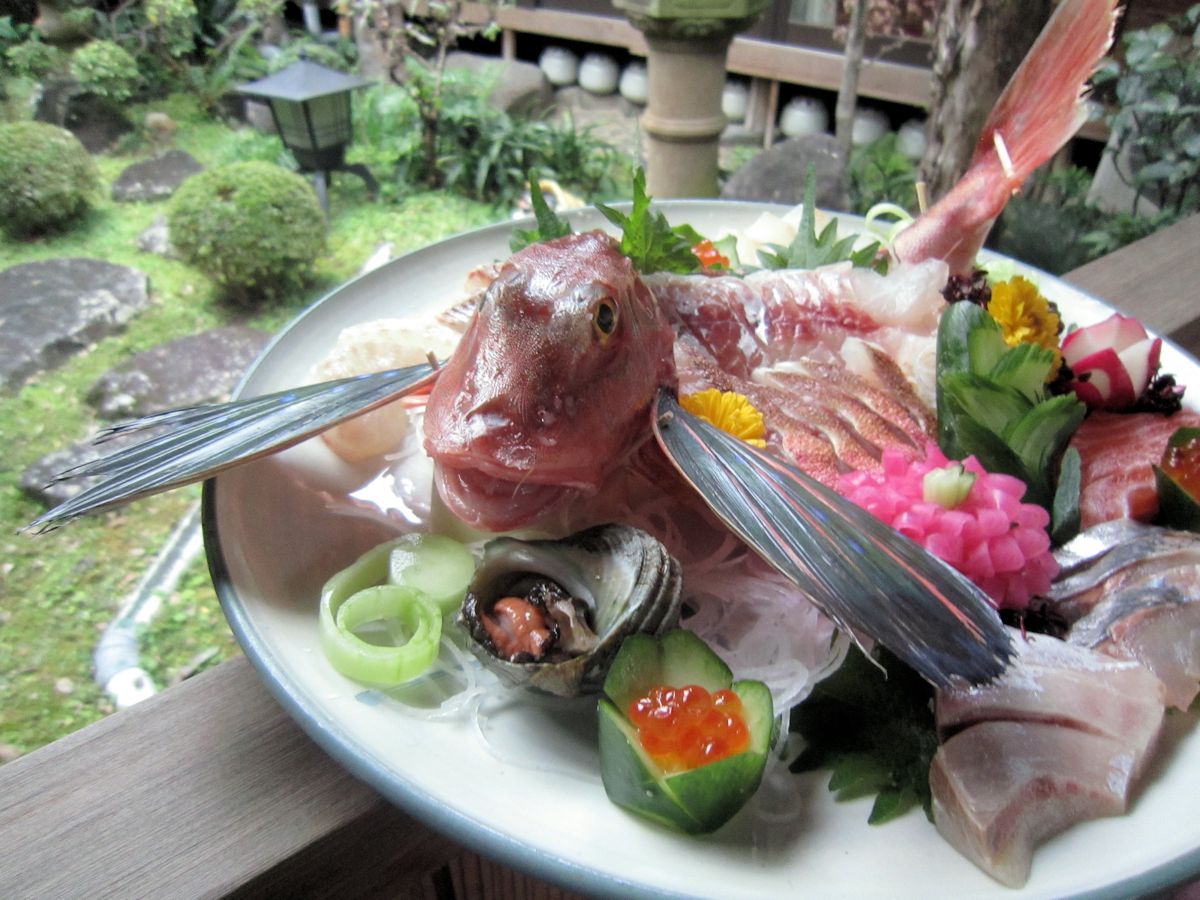 I inserted a toothpick into the pectoral fin and fix it with a radish. By doing so, reproduce the appearance when living as faithfully as possible. 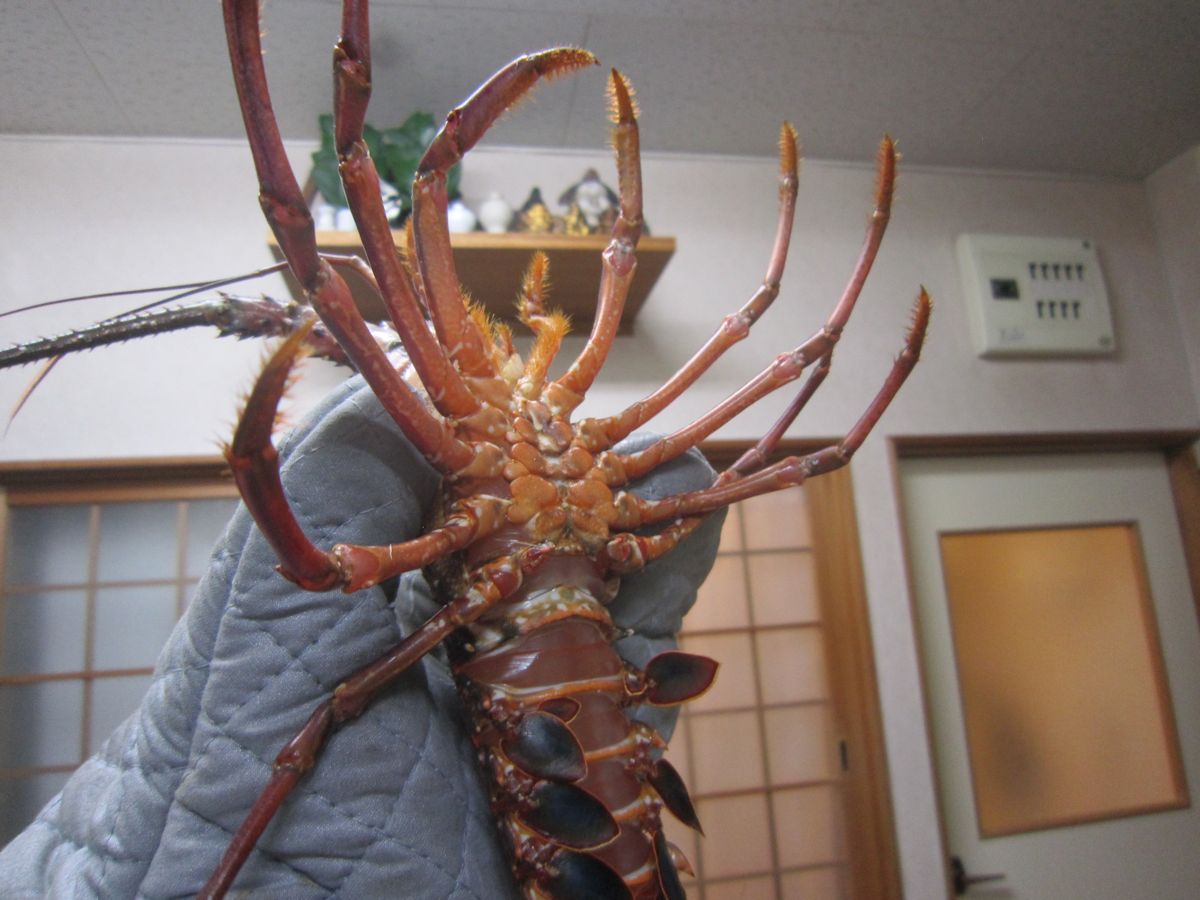 This is a high-class ingredient, spiny lobster, delivered alive. 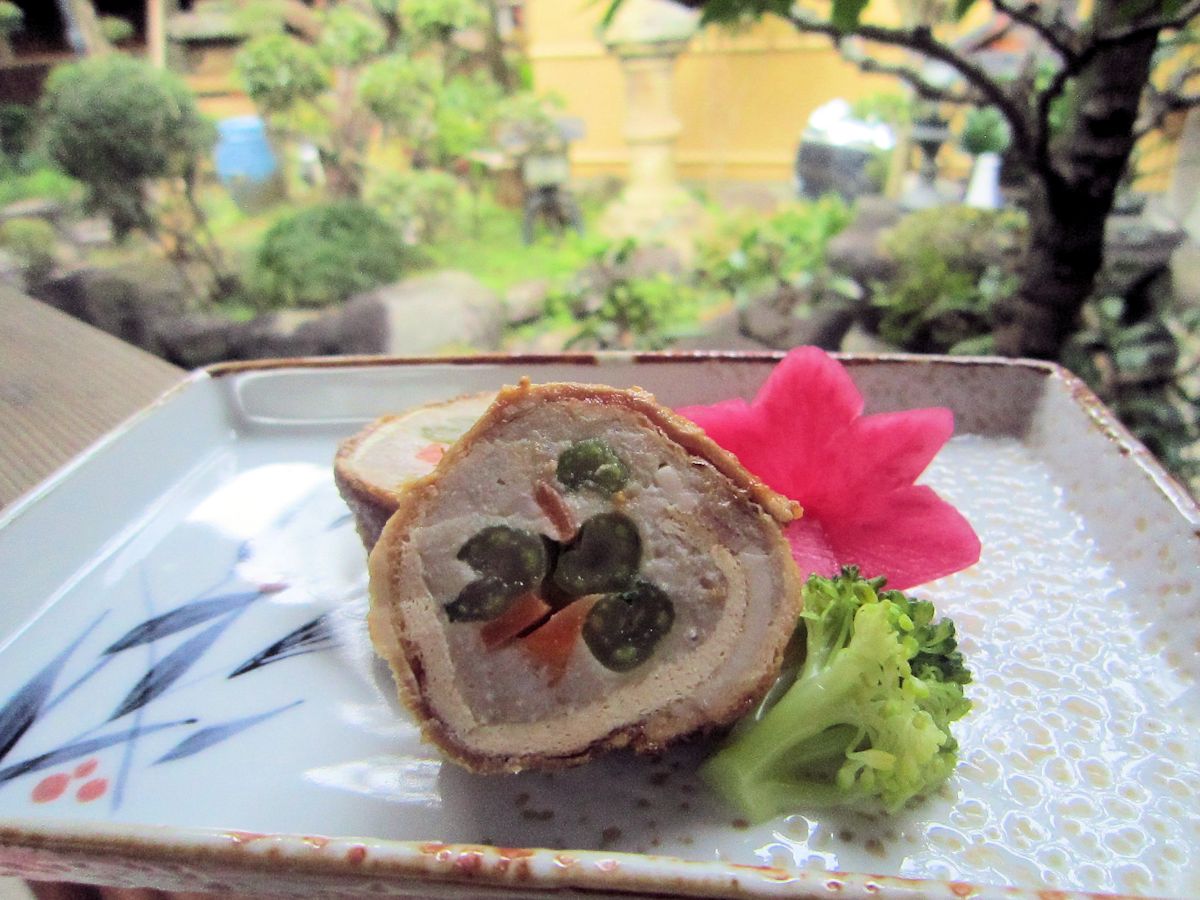 This is the meat roll dish.

I involved it with turnip leaves and carrots as the core.

The season of gurnard is winter.

In French cuisine, it is a popular bouillabaisse ingredient. It has a square head, but the bones will also produce delicious soup stock. 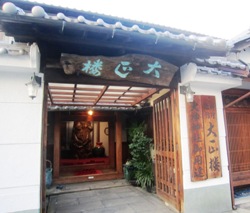